The Ancient Egypt Gallery focuses on the Ptolemaic period, which dates from 323 BC to 30 BC, when Egypt enjoyed the respect of the ancient world under Greek rule. The introductory room explores the importance of the Egyptians’ unique religion and includes a timeline and world map, as well as displays of ancient Greek, Roman, and Egyptian artifacts. The mummy is also from the Ptolemaic period. The final room in the gallery is devoted to the ancient Egyptians’ belief in the afterlife and their funereal practices. Egyptologists assisted in ensuring the accuracy of the information on display in the gallery.

Since it arrived at the Art & Science Museum in 1964, the mummy was thought to be female. However, research completed by the LSU FACES Laboratory revealed otherwise. The team determined that he was from 25 to 30 years of age at the time of death, stood between 5’ 7” and 5’ 8” tall, and weighed approximately 124 to 132 pounds.

A CT scan performed at St. Elizabeth Hospital, following directives of Jonathan Elias of the Akhmim Mummy Studies Consortium, confirmed the FACES lab assessment and revealed additional groundbreaking information. “Louisiana Art & Science Museum’s mummy is extremely unique because he was not mummified in the typical sense. The body appears to have dried out naturally in hot, dry environmental conditions, making it unnecessary to remove the internal organs. The level of organ preservation is quite remarkable and suggests that the body was fully desiccated prior to its arrival at the embalming facility,” said Elias.

The mummy’s hair is preserved in its entirety and has a reddish hue. It is not known whether the color was artificial or natural. As hair is not widely preserved in Egyptian mummies, its presence is noteworthy. An important aspect of the hair is its coiffed arrangement in the form of small ringlets on the crown of the head.

Another unusual aspect of the mummy is the inclusion of a full-length stretcher within the wrappings, suggesting that the condition of the corpse necessitated use of the stretcher to transport and stabilize the body during bandaging. The mummy suffered considerable damage to his thorax and rib cage after death but prior to embalming. The exact cause of death is uncertain, and research is ongoing.

The international team of researchers that have assisted the Art & Science Museum in the investigation and on the exhibition content include Mary Manhein, director of the FACES Laboratory at LSU; Peter Lacovara, curator of Ancient Egyptian, Nubian, and Near Eastern Art at the Michael C. Carlos Museum of Emory University, Atlanta; Salima Ichram, chair of the Sociology, Anthropology, Psychology and Egyptology Departments at the American University in Cairo, Egypt; and Jonathan Elias, director of the Akhmim Mummy Studies Consortium in Pennsylvania. 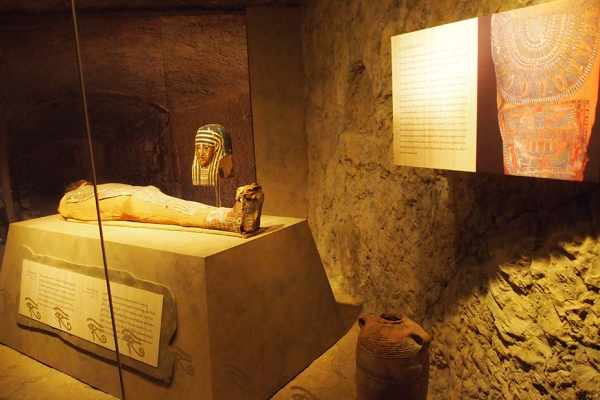 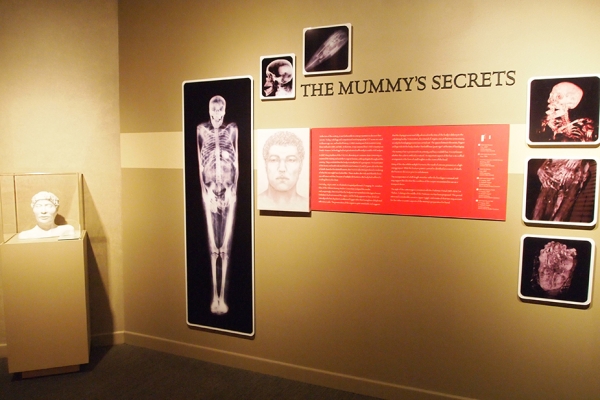 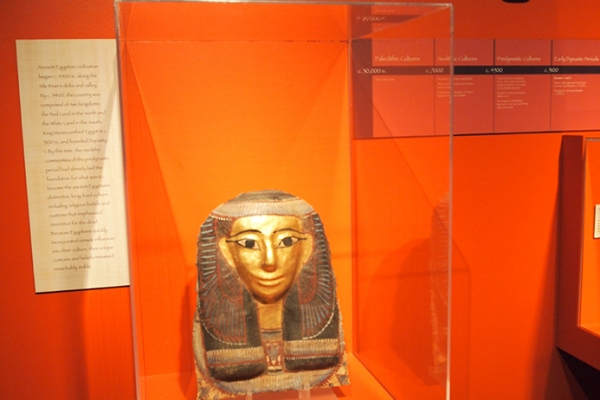