Explore your place within space and time.

See images from the Hubble Space Telescope, interact at two hands-on stations, learn about some of history’s most famous astronomers, take in the giant model of our solar system overhead, and view the planetarium’s former and historic Zeiss star projector.

You can also now see our recent addition to the Solar System Gallery –- a 65-million-year-old, 1,500-pound Triceratops skull nicknamed "Jason" after the man who discovered him. Measuring 86 inches long, Jason was unearthed in 2011 on a private ranch in the Hell Creek Formation located in Garfield County, Montana, an area well known for its fossil findings. This colossal fossil is on loan from Raising Cane's & The Graves Family. 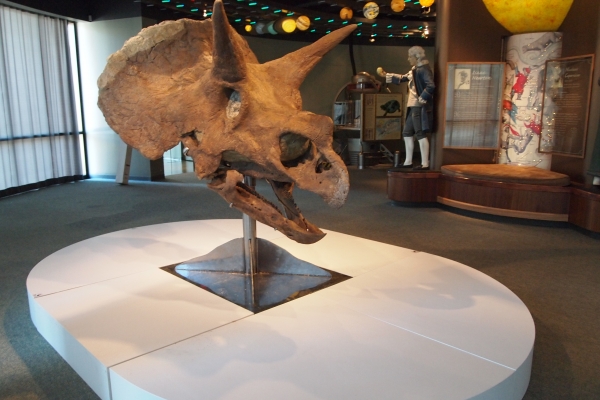