Fritz Bultman’s work is indicative of that of the early abstract expressionists. A student of Hans Hoffman, Bultman participated in the seminal moment in art history in the 1930s and 40s when this new American style of painting took hold in New York.

Born into a well-established New Orleans family in 1919, Bultman came into contact with many artists and writers of the day, including Morris Graves and Tennessee Williams. He went on to study in Munich, in the new Chicago Bauhaus, and from 1938 to 1941 under the noted abstractionist Hans Hofmann whose influence continued to preside over all of the artist’s subsequent production.

He later moved to New York, where Bultman painted this still life while he was studying under the abstract expressionist painter Hans Hoffman, whose teachings continued to influence all of his subsequent work. Bultman and fellow painters Jackson Pollock, Mark Rothko, and Hans Hofmann boycotted the 1950 exhibition American Painting Now at the Metropolitan Museum of Art. Dubbed the Irascible 18, they protested the conservative nature of the selection process for the show in a letter published by the New York Times. Unfortunately for Bultman, he was awarded a Prix de Rome and was in Italy studying bronze casting when the group was photographed for a Life Magazine cover. Those pictured became known as the Abstract Expressionists. Because Bultman was not in the image, his career suffered. He was not included in shows of their work and never received the credit he deserved despite the high regard awarded by his contemporaries.

None the less, Bultman was honored with his first exhibition at the Kootz Gallery in New York two years later and joined the legendary Martha Jackson Gallery in 1959. He went on to win numerous awards, including a Solomon Guggenheim fellowship in 1975, and held a number of teaching positions in New York, including at Pratt Institute and Hunter College. He eventually settled in Provincetown, MA, where he died in 1985. 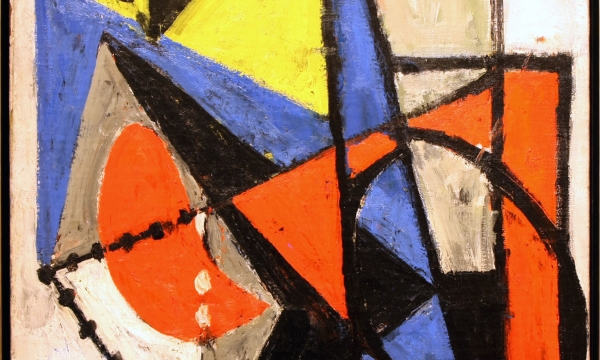