A native of Croatia, Ivan Meštrović (1883–1962) is well known in Baton Rouge due to the large number of sculptures by him located in outdoor plazas such as those of the Baton Rouge River Center, houses of worship – among them St. Joseph’s Cathedral and B’nai Israel Synagogue, and cultural centers including the Louisiana Art & Science Museum which houses many works by Mestrovic, including Madonna and Child, a popular subject for the artist who enjoyed portraying the maternal and divine love between mother and heavenly son.

Meštrović began carving sculpture while still a boy herding sheep. From these humble beginnings, he went on to study at the Academy of Fine Arts in Vienna, eventually gaining international renown through public commissions and exhibitions.  He was highly regarded by other artists, including the renowned French sculptor Rodin, who labeled Meštrović as “the greatest phenomenon among sculptors” of his day.

During World War II, fascists jailed Meštrović when he refused to cooperate with their artistic programs. In 1947, he moved with his family to the United States. That same year, the Metropolitan Museum of Art in New York honored him with its first solo exhibition of work by a living artist.  He later received his American citizenship from President Eisenhower in a private White House ceremony.  Meštrović taught at Syracuse University and the University of Notre Dame, where Baton Rouge artist Frank Hayden was his student.

Meštrović never forgot the cultural and artistic traditions of his beloved Croatia.  In his art, he blended these traditions with artistic influences of classical antiquity and the art nouveau style.  Like Michelangelo, he mastered the human figure, which he used to express the spiritual and emotional experiences of humankind. A prolific artist, he produced nearly two thousand known sculptures during his lifetime as well as numerous prints and drawings. 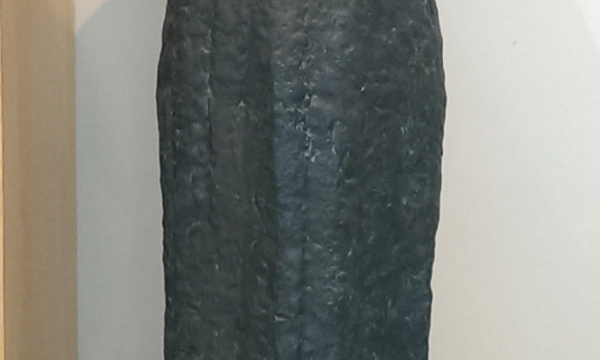