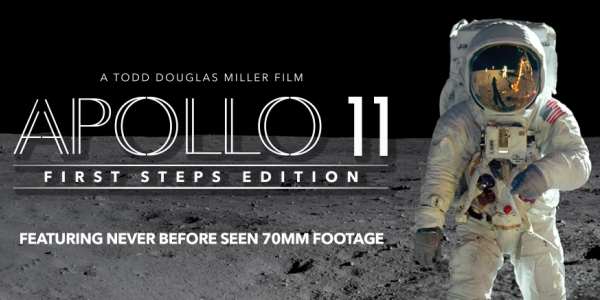 Apollo 11: First Steps Edition is a thrilling cinematic experience showcasing the real-life moments of the first lunar landing. With never-before-seen 70 mm footage and newly-discovered audio recordings, the filmmakers reconstruct the exhilarating final moments of preparation, lift off, landing, and return of this historic mission - one of humanity's greatest achievements and the first to put a man on the moon. Immersed in the perspectives of astronauts Neil Armstrong, Buzz Aldrin, and Michael Collins, the mission control team, and the millions of spectators on the ground, viewers will vividly experience those moments, days, and hours in 1969 when humankind took a giant leap into the future. Viewers will marvel at the human ingenuity and the impulse that led us into space.